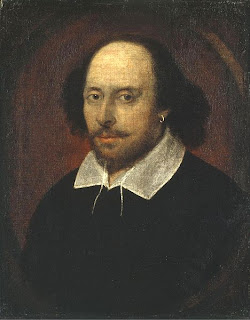 Well, as I am sure readers will agree with me, I hardly need to preach to the converted. Just one other thing: the greatest poet and dramatist of all time (you can keep your Racine and your Goethe) was an Englishman – and a Catholic. I will readily admit that the evidence for this is disputed (unlike the authorship of the plays for 200 years after his death.) Shapiro does not go into this; he is simply concerned that prove that Shakespeare wrote the plays. But there is still enough contributory knowledge of his childhood influences, his family milieu and his acting circle to make his religious beliefs more than a conjecture. His parents were devout Catholics; so were his school masters; so were many of his friends, his acting troupe and his patrons. (Fr Peter Milward SJ has written about Catholic aspects in the plays themselves.)

Shapiro surmises that one of the reasons there is so little biographical documentation about Shakespeare during his life is that, as the follower of an outlawed faith (he did not want to be hanged, drawn and quartered after all, and who can blame him) he destroyed the evidence. Peter Ackroyd’s biography discusses this question in greater depth, as does Clare Asquith’s Shadowplay, which suggests that the plays are crammed with coded allusions for Shakespeare’s co-religionists. more