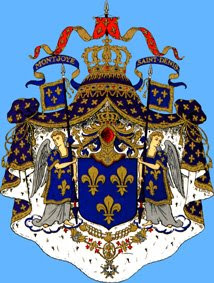 On this date on 987, amidst the great Carolingian dynasty passing from the world stage, Hugues Capet is crowned King of the Franks by Adalberon, Archbishop of Reims, and so became the eldest son of the Church. His descendants would hold the kingship of France until its destruction (and still do in pretence), among many other crowns throughout history. Juan Carlos, King of Spain, and Henri, Grand Duke of Luxembourg, are male-line descendants of Hugues and are thus, properly speaking, members of the Capetian house. The senior member of the house according to the Salic succession, and therefore pretender to the throne of France, is Louis-Alphonse, duc d'Anjou, known among his supporters as Louis XX.