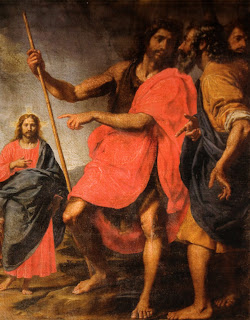 Today is celebrated the first-called apostle, St. Andrew, brother of St. Peter. In the year 832, Pictish King Óengus II, before leading his armies into battle against the larger force of the Angles, prayed that victory may be his, and vowed that should he prevail, St. Andrew would become the patron saint of Scotland. In the midst of the battle, Óengus looked up to see the clouds forming the saltire upon which St. Andrew was crucified against the blue sky. Victorious, he remembered his promise and adopted St. Andrew as patron saint of Scotland. Moreover, the white cross against the blue sky eventually became Scotland's flag.

The air to which "Scots Wha Hae" is set, incidentally, was reportedly played when Jehanne arrived in Orléans to break the English siege.

St. Andrew also founded the See of Constantinople, and is the patron saint of Greece, Russia, and several other Orthodox countries. Let us ask our gracious Lord through the intercession of St. Andrew to watch over and guide his successor, His All-Holiness Bartholomew I, Ecumenical Patriarch, and to move those ancient and venerable churches of the East into ever closer union with the Church of Rome. 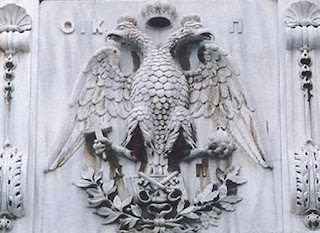 Image used under license; please click the image to view the license.
Posted by Le Barde Gaulois at 12:20 PM