The state of the church and the world 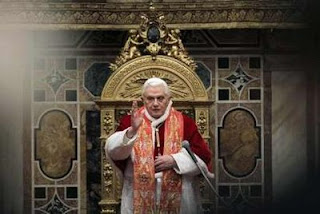 Excita, Domine, potentiam tuam, et veni. Repeatedly during the season of Advent the Church’s liturgy prays in these or similar words. They are invocations that were probably formulated as the Roman Empire was in decline. The disintegration of the key principles of law and of the fundamental moral attitudes underpinning them burst open the dams which until that time had protected peaceful coexistence among peoples. The sun was setting over an entire world. Frequent natural disasters further increased this sense of insecurity. There was no power in sight that could put a stop to this decline. All the more insistent, then, was the invocation of the power of God: the plea that he might come and protect his people from all these threats.

Excita, Domine, potentiam tuam, et veni. Today too, we have many reasons to associate ourselves with this Advent prayer of the Church. For all its new hopes and possibilities, our world is at the same time troubled by the sense that moral consensus is collapsing, consensus without which juridical and political structures cannot function. Consequently the forces mobilized for the defence of such structures seem doomed to failure.

Excita – the prayer recalls the cry addressed to the Lord who was sleeping in the disciples’ storm-tossed boat as it was close to sinking. When his powerful word had calmed the storm, he rebuked the disciples for their little faith (cf. Mt 8:26 et par.). He wanted to say: it was your faith that was sleeping. He will say the same thing to us. Our faith too is often asleep. Let us ask him, then, to wake us from the sleep of a faith grown tired, and to restore to that faith the power to move mountains – that is, to order justly the affairs of the world.

From the Holy Father's address on the occasion of Christmas greetings to the Roman Curia.
Read the rest here.